52 weeks of short stories, blogs and the odd poem or two.

I was a little late sometimes – so the gaps between postings is sometimes less than a week – sometimes more – but I did it.

We’ve all been saying what a lousy year 2016 has been  – and to be fair to those who died and those who grieve for them – it has been pretty lousy.

Good things have happened too but as always – we overlook the good and dwell on the bad.

In 2017 I do not intend to set myself any resolutions – because I invariably lose interest in them or forget about them until April – by which time it is a bit late for this New Year and too early for the next.

Last year I finally settled with my ex-employer and used some of the settlement to join a gym. On our induction day I met a rather wonderful young woman who has become my personal trainer and motivated me to lose almost two stone and improve my fitness to the point that I only need my walking stick for urban route marches – I use the hiking poles for more foot-friendly territory. I’ve also started  Pilates classes – I can actually kneel on my arthriticky knees, and my balance has improved to the point where I rarely fall over – unless Scooby gets under my feet!

Regaining my fitness and losing weight is an ongoing aim – and after the Christmas and New Year hiatus it is back to the gym tomorrow – with a vengeance.

2017 also brings an end to my being a kept woman – I will be earning a crust again soon and able to make a financial commitment to our household again. The best thing is – it still leaves me time to spend with my lovely Hub, get back to editing the stuff I’ve written and continue with the gym. No office politics to contend with and I don’t have to answer the phone within three rings – so ner.

I’ve made some new friends in connection with my re-awakened political conscience – lost a couple too but we are all entitled to our own opinions and I will follow the path that feels most natural and logical to me.

I don’t believe in greed and selfishness – especially when it causes suffering to others.

I want the NHS to belong to all of us – not to big businesses who only care about their profit margins.

I want us to help the homeless, the sick and disabled, those who really cannot find appropriate work and those who have had to come to our country in order to escape warfare and persecution.

I will continue to fight prejudice and narrow-minded ignorance – wherever I find it.

That will do for now. The discipline of finding something to write about once a week has taken hold  again – and together with nine years of successfully winning NaNoWriMo – 2017 could be the year that I finally tidy up my writings and look for an agent.

Onward and upward – what doesn’t kill us makes us strong. 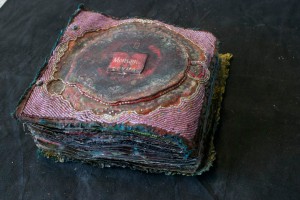 I am your one magic spell – and you have one only.

You cannot hurt or kill anyone,

Me: So, I can’t get rid of mass murderers or dictators or those who ruin people’s lives?

Me: And I can’t change history so I can’t undo the referenDumb.

Me: When you say ‘physiology’? Can you clarify?

Me: I wouldn’t change that anyway but…

Me: Can I change attitudes?

Me: Then I can ask for a world where people can live peacefully; where wealth is distributed more evenly, where education is available for all, where we look after the poor, the disabled, the vulnerable and the young?

Spell: You can ask.

Me: You said I had one magic spell. How do I make the spell work?

Spell: Abracadabra doesn’t work, neither does clicking your fingers I’m afraid. You can put those sparkly red shoes away as well.

Spell: That’s a part of the spell.

Spell: You won’t get anywhere if you don’t try.

Me: No matter what?

Spell: No matter what.

Spell: Oh no. There are many of you, but you have to find each other and work together.

Me: Are you absolutely sure we can’t get rid of the really nasty people?

Spell: Why stoop to their level?

Me: So nothing unpleasant then? 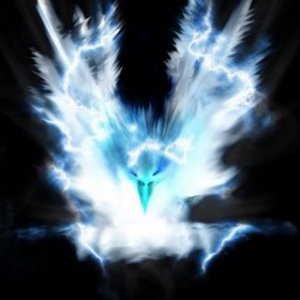 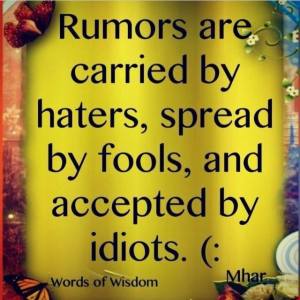 I looked at him with the kind of face you pull when you really can’t believe that someone has asked you such a silly question.

‘You know better than anyone what makes me feel angry.’

He laughs. ‘I know what I think makes you feel angry but I don’t know if they are the same things. Tell me? I really want to know.’

I shrug and take a deep breath. I hate these word games but we have to play them so I might as well get it over with.

‘Child abuse, adult abuse, domestic violence, abuse of power – particularly when it is well-paid MPs and greedy members of officialdom taking money and services away from those who desperately need them. Let’s face it – abuse makes me angry – in any form.’

‘So how does it feel when someone who doesn’t even know you accuses you of ‘abusive behaviour’ then?’

That makes my hackles rise.

‘The alleged ‘abusive behaviour’ was accidental and it was not aimed at any individual, and doesn’t meet any prescribed criteria of abuse anyway.’

I can feel my face getting hot and red.

‘But somebody felt offended by that behaviour. Somebody felt strongly enough about the abusive behaviour to complain about it, didn’t they?’

‘No. It wasn’t like that and you know it wasn’t. The powers that be were after us because they disagreed with us. They were frightened of the power that we held due to our numbers and so they sought to cut those numbers down – by using underhand – and I think illegal methods.’

He frowns. ‘Illegal? How do you mean?’

‘I never gave anyone permission to go trawling through my social media accounts. I only gave them the details because they said that the information was needed to communicate with me. I don’t think that the person who originally made the form thought that the data would be used in such an underhand way. That kind of Machiavellian process comes from someone with a particularly devious and hateful mind.’

He is still frowning and I can see that I have him on uncomfortable ground. So do I press him or back off? I look over at my lovely friend; the one who supported me when I had to battle against authority before. She gives a very slight shake of her head and I back off. He looks down at his sheaf of papers again.

‘I need to ascertain whether or not you feel any regret over your actions – and whether you would be likely to make this kind of comment again.’

This really makes my blood boil. My friend is desperately trying to catch my eye and calm me down.

‘All I did was retweet something that someone else said – and unfortunately that same person added hash tags on the end of the tweet that I hadn’t even noticed. I subsequently found out that the words in those hash tags were banned from use three weeks later. I regret not noticing those words now but as they were banned after they had been used, I had no control over the action. Would I be likely to make that kind of comment again? No. Nor would I be so foolish as to allow anyone to have access to my social media accounts.’

‘That wasn’t quite what I was asking for.’

‘That is all you are going to get from me. I am the person whose reputation has been defamed, I lost my vote as a consequence of this underhand behaviour and now you expect me to grovel and apologise? Forget it mate!’

It is at this point that my friend puts her hand on my arm and turns to the young man.

‘Please don’t take it personally, we both know that you are trying to sort things out but I don’t think the people who started this realise how much harm has been done – or what a horrible position you are being put in having to go round and sort out issues that are of someone else’s causing.’

Although I am angry, I know that she is right. This earnest young man is not responsible for causing my anger. The people who did that are too frightened to face us because they know what damage they have done. It was intentional. All part of a noxious plan to put the wrong person back in power. I am still seething but I am back to a simmer rather than a boil.

‘I can offer you membership but this incident will stay on file.’

This is not fair but there is a bigger picture here. This ‘staying on file’ is intended to insult me and make me feel so angry that I stand up and walk away – if you don’t want me then I don’t want you. But that is exactly what they want. They failed to get rid of enough of us to win at the first attempt, so now they are trying to alienate us with this additional slight.

I look across at my friend and she nods.

‘Okay. Do what you want. I want to be a member so that I can help to get rid of the people who are attacking the vulnerable people and making them suffer.’

His shoulders slowly sink back down to a normal level and he seems surprised that I have capitulated so easily.

‘It isn’t just about me you see. I have to remember that there is a bigger picture. I really don’t care about what your boss and his deluded friends think of me. My thoughts are my own and will stay that way if there is any chance that they’ll be used against me again. There is one thing though…’

My friend looks worried and so does the young man.

‘Not only do I love the Foo Fighters, the Red Hot Chilli Peppers and the Stranglers, but Lemmy from Motorhead will always be my hero. So ner.’

It ends in laughter and more than a little relief. I don’t see it as stepping down. There is work to be done and I need my freedom in order to support others.

And then I stepped out of the shower. 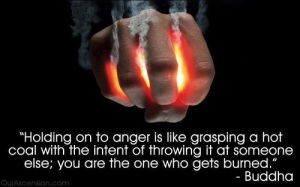