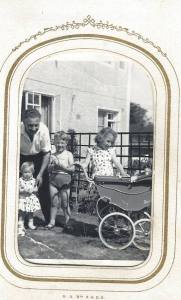 This is a short, short story today because my fingers are busy doing NaNoWriMo – my ninth successive year with eight successful contributions behind me.

One of these days I will get around to editing the work and looking for an agent. I promise myself this every year but as 2016 has been so lousy, maybe this is the right time to start off a more productive new year.

I could have just worked my way through the Wiki page but when I looked there were only a few things that jumped out and had any influence on me and my life.

My birth took place on a council estate in my Mum and Dad’s bedroom at approximately 1620 hours and while my older siblings were watching ‘Popeye’ downstairs with my Dad. As a consequence my Dad wanted to have ‘Olive’ as my middle name. My Mum had different ideas and she won.

I had a mop of black hair when I was born and strange slanting eyes – so unlike my siblings that my Mum was convinced I had Down’s Syndrome. She eventually confessed her fears to the visiting midwife who told her to stop being so daft.

Very obligingly, my hair fell out a few days later and I turned into the blonde tot pictured a year later in the picture above.

My eyes turned out to be extremely short-sighted but this wasn’t discovered until I was eight years old. I had been a full-time spectacle wearer up until a year ago when I had cataract surgery on both eyes. My lens replacements mean that I only need specs for close work and my long-sight is on a par with the eagles (not the group).

I was born on the day that Berry Gordy Jnr founded Motown records.

A month later the music died when a plane with Buddy Holly, Richie Valens and the Big Bopper (and their pilot Roger Peterson) crashed into a mountain in Iowa.

Fidel Castro became president of Cuba and women in Nepal won the right to vote.

Barbie made her debut in March; I always had Sindy dolls, although I did briefly own a Tressy – ‘her hair grows’  – well it did until my big brother and I investigated the outsize belly button that retracted her hair. Bald and unloved she went in the bin. We were callous children.

Various things happened throughout the summer – Cyprus gained independence and joined the UN – and the first Xerox machine was introduced to an adoring public. We no longer adore copiers and printers – we just shout at them.

The Twilight Zone premiered on telly and Asterix the Gaul was born.

November saw the completion of the first stage of the M1. It took another thirty years to complete it. More pertinent to me in my later life  – the Declaration of the Rights of the Child was adopted by the UN.

I spent ten years working in child protection. Things have not improved over time and now that I am out of the official social care sector I feel sad that my ex-colleagues have so few resources to protect those who so badly need their support. 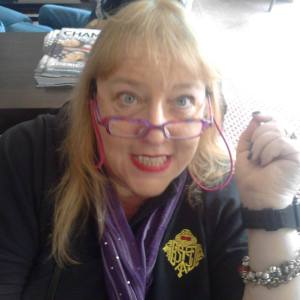 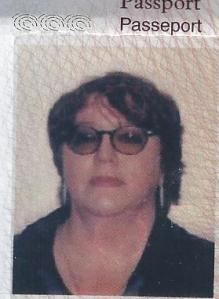 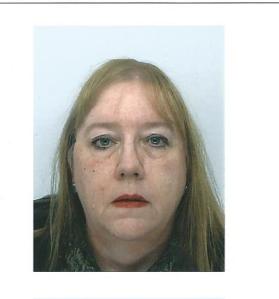 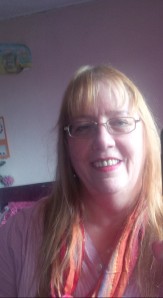 Time to renew the passports and oh boy have they tightened up on the rules and regulations.

Picture 1 is me circa 2004 – short dark hair, tinted Deirdre specs and just the hint of a smile – too far away from the camera, this photo would not make it through the awfully nice Passport checking lady at the Post Office (worth paying the extra fifteen squids to get her to check it).

Picture 2 is me circa 2014 – back to my reasonably natural blonde status, sans specs, sans smile – my sad face fits in the red oval of the photo-me booth.

Hub and I visited our local supermarket last night to get our passport photos done, and we were both deeply traumatised by the results.  It took me three goes to get photo 2 – the first two versions had me looking decidedly cross-eyed as I tried to peer at the instructions on the screen.  Yes, I know that the nice lady tells you what to do but I don’t hear so well without my goggles on. BTW it took Hub two goes before he pressed the final green button, so ner.

I have worn spectacles since I was eight years old; going from the anaemic pale blue plastic NHS horrors, to the more severe black plastic ‘these are supposed to be for boys not girls‘ to the gold-rimmed, blue-tinted lens John Lennon lookie-likies of my teens. I have had even larger Deirdre bottle-ends and smaller metal framed versions. I even dallied with red metal frames but the red coating wore off and brought me out in a rash, leaving me with the choice between more mega-plastic nasties or expensive titanium. As I earned more money I ventured into designer specs – Versace, Dolce and Gabbana –  but they didn’t actually make me see any better especially when I had to give into varifocals.

This year however, the local supermarket came up trumps and I now have a pair of stylish titanium frames with brown transition varifocal lens AND a pair of slightly purple metal frames, as above but with grey transitions. They cost me £500 squids less than that the place that we should have gone to. Hmmmm.

All this optical rambling is tenuously linked to my discomfort at having to be photographed with a glasses-less face after years of being so used to looking at my features through a range of (rose) tinted lenses.

My dearest Hub is mourning the loss of his locks. Still abundant at the back of his nicely shaped head, his cranium is getting more and more exposed as the years fly past; visits to the hairdresser are a thing of the past as electric clippers wielded by my own fair hands can now do the job to his – well – not satisfaction exactly because he’d far rather have enough hair to have a professional do the job.

Comparing my 2004 face with my 2014 face – yes, time has worn away at me and etched a fair few wrinkles and bags  – bags which are usually hidden by the specs, and wrinkles that don’t seem to show so anywhere near so much when you smile.

Ten years ago I was doing two jobs – both of which brought me fulfilment and frustration.  Our boys were still in primary school, we had a houseful of cats and I had just embarked on my Open University journey.

Janet Jackson flashed a boob at the Super Bowl, Uni Boy was obsessed with Harry Potter and Gameboys, Gap Year Boy was playing football in a local team and Hub was as much into Motorhead as he  was as a teenager and still is today.  He is as constant as the Northern Star.

My Bezzie Mate took a look at photo 2 and recommended ‘some of that TV glowing youthful reflective base, lightly pencilled eyebrows and lighter lippy’.   I may take that on board but I will have to consult some of my female friends for confirmation.

Hub looked at the pictures, gave me that smile that I know so well and made me forget all about silly old passport photos.

I have included picture 3 because I feel comfortable with it.  It is also proof of my ability to take  selfie. It may well be an only child though.