A shorter one but one which tugged at her heart strings.

You blame FaceAche of course. In the days before social media people would tell each other how they felt – face to face, or on the phone – but people thought about what they were saying – usually.

Social media made it all so simple.

Snappy, ill-thought out comments typed on a computer, a tablet or a phone.

Press the send button and move on.

Blame it on auto correct or a typo if people take offence.

Shrug it off if you don’t care.

Time and experience had led you to an understanding of depression and unhappiness. You empathise with those who felt the pain and were in awe of those who fought against their demons on a daily basis.

Some survived the sadness.

Some didn’t, and she mourned the loss of them and that they could see no light at the end of the tunnel.

People you knew and cared for.

People who you had listened to and did your best to support.

People whose unhappiness was rooted in the past, long before you knew them or was in a position to have any impact on their lives.

So why were they laying the blame at your door now?

Sitting on your shoulders, the pensive and impulsive angels watch as you scan the list.

‘Get rid of them.’ said Impulsive. ‘You don’t need people like that in your life. It’s only social media and if you block and unfriend them you can’t see what they have to say about you anyway.”

‘So sad.’ said Pensive. ‘These are people that you care about. Why do you want them out of your life?’

Does someone care about you when they send you hateful messages because you won’t do as you’re told?

Surely if people care about you they will accept you as you are – regardless of your political beliefs or whether you choose not to like the people that they like?

‘Be yourself.’ said Impulsive. ‘You don’t need people like that. They’ll sap your energies and make you feel guilty for things that aren’t your fault. Surely you should be allowed to choose your own friends and hold your own opinions without being told that you have to change to make other people happy.’

‘Yes.’ said Pensive. ‘But these are people who have been supportive to you. Friends who you trusted. Do you really want them out of your life. Do you want them to disappear?’

If they are going to blame you for their unhappiness, then yes.

Spotting phonies and parasites has always been so easy – except that spotting them long before anyone else does can cause issues. You find yourself wary and unable to trust them when everyone else is singing their praises.

Then the person concerned realises that you have seen through their facade; that you pose a risk to their life and slowly, they begin to spread the poison about you whilst proving themselves to be such a good and valuable friend to everyone.

‘I know the type.’ said Impulsive. ‘If your other friends are so blind then they can’t be worth much anyway.’

‘But they are.’ said Pensive. ‘It isn’t their fault that they are more trusting and gullible than you are. It isn’t a reason to cut them out of your life is it?’

In some cases, yes. The constant nagging to get you to change your mind wears you down. The pleading on behalf of a person who took money from you, told lies about you and put you in this unhappy situation. The hateful messages blaming you for everything that has ever gone wrong. You want them gone. You want them dead to you.

Pensive sighed, as was her way. Impulsive grinned, knowing that she had won this particular battle. They watched as the pen scratched through the first three names on the list.

‘What about these two?’ said Pensive. ‘What makes them different from the others?’

‘If they are making you unhappy, strike them off too.’ said Impulsive.

Before social media it didn’t matter.

Before social media you could think what you wanted about politics and it was your own business and no one else’s.

But now, you see a post that you believe in and you want to share it with your friends.

You work on the basis that if you see a post from a friend and you don’t like it, then you move on and ignore it.

These two people don’t see it that way.

One wants you to stop expressing your opinions on social media because they feel that you are wrong.

The other feels that you can only post your opinions provided you post the opposite opinion as well. This person feels that you need to provide more balance. This person insists on putting unpleasant comments on your page. Comments that upset you and your friends.

So you delete them.

The person repeats the comments and refuses to stop.

So you delete them again.

You send a message politely requesting that the person just ignore comments that they don’t like or keep their comments on their own page.

The person says they are trying to put balance on your page.

Both people blame you for their unhappiness and insist that it is you who must change to make them happy.

But that will make you unhappy.

‘You aren’t to blame for their sadness.’ said Pensive.

‘Even if you did what they asked you to do, something else would inevitably cause them distress and you would have compromised for nothing.’ said Impulsive.

That’s why they have to go.

They will be missed but time will heal as it does with any mourning.

The pen strikes out the last two names.

The sun is shining through clouds.

Dead but not dead. 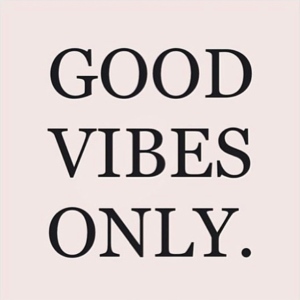 Jason looked up from his laptop and smiled at the vision before him.  Nico; red skinny jeans, lime green polo shirt,virgin white Converse and a casually draped peach cardigan that was in danger of slipping off his fashionably slight shoulders.  Pulling out the chair opposite, Nico sat down with a flourish and crossed one leg over the other, his foot flipping in an attention-grabbing manner. He was being watched by the other students in the room and he knew it.

Jason shrugged his chunky and less fashionable shoulders, camouflaged by a uniform black tee-shirt and grey hoodie that enabled him to blend in with most backgrounds.  “What Nico?  What have you heard?”

“Well.” Nico leaned forward conspiratorially, “You know like, I was going to a party at Amelia’s last night?  So sick! Huge country farm, parents away, big brother in charge but like he is always SO out of it!”

Having been omitted from the invitation list, Jason had tried to ignore the buzz that had gone around college regarding the party. As it was a major talking point, this had not been easy and packing up his books to go home on Friday night, it had been particularly painful listening to the excited babble.  He slid out of the room as quietly as he could and walked home trying to convince himself that the party would be a total failure, that Amelia was a stuck-up phony and that he wouldn’t have gone anyway even if he had been invited.

“Anyhoo!  It was a DISASTER!” Nico squealed, his expressive legs crossing and recrossing themselves. “Somebody put the address on FaceAche! There were like literally HUNDREDS of people there!  Police, ambulance, fire brigade – did I tell you that someone torched the barn?  Amelia was like totes DEVASTATED! She’d been so careful just to keep the invitations to friends ONLY but one of her friends must have like posted the information to THEIR friends and then like  they posted the invitation to THEIR friends and ZILLIONS of strangers turned up!”

“Much damage done?” Jason said as he executed a couple of swift keystrokes on his laptop.

“Oh my days yes! The barn burnt down.  Rooms were trashed, all the booze went and like the caterers left once the food fight started.  Amelia’s brother was arrested for a public order offence – he was like TOTES drunk – and Amelia threw everyone out.  Some of the girls were supposed to be staying the night and they had like NOWHERE to go!”

Raising his eyebrows slightly, Jason stopped to take a sip of his Americano coffee from the utilitarian white mug.  The waitress brought over Nico’s beverage; creamy beige in a tall glass with a long spoon and accompanied by a flake and marshmallows.  It rejoiced in the name of Choco-Mocha-Vanilla-Latte-Macchiato; Nico had opted for extra whipped cream and a sprinkle of cocoa powder. It was a barrista’s work of art with a carefully executed heart-shape in the cream.  Other students rushed to the counter to order the same, but no one came back with a solid white mug.

“Is that your essay?  I’m going to have to ask for an extension.  I just don’t understand this three degrees of social  influence stuff at all.”

Smiling slowly, Jason saved his essay, emailed it to his tutor and pressed delete in his FaceAche settings. He looked pensively at his friend.

“How many FaceAche friends do you have Nico?”

“So suppose you had some good news.  Such good news that you wanted to tell ALL your friends on FaceAche.  That’s one degree.  Then one of your friends decided to tell all of their friends, none  of whom actually know you personally. That’s two degrees. One of your friend’s friends thinks that the news is SO wonderful that she decides to tell all HER friends too.  Suddenly loads of people who you don’t know are aware of your good news.  It’s been established that good news spreads more quickly than bad.  Isn’t social media a wonderful thing?”

Nico’s gorgeous brow furrowed.  He opened his mouth to speak, looked over at the innocent face of his friend and tried to remember if he had actually told Jason where Amelia’s party was being held. He felt a little nauseous and pushed his coffee creation away.

Satisfied that the fake FaceAche profile he had created on Sunday morning had been well and truly deleted leaving no trace to himself, Jason closed down his laptop, drained the last of his Americano, and got to his feet.