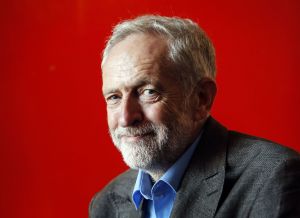 I’ve always liked people who have a twinkle in their eyes. A wry smile rather than an ear-splitting guffaw. A sense that there is more going on behind those eyes than you might think.

I’ve already written about my renewed interest in political matters (Week 29 ‘To Thine Own Self Be True‘) but recent developments require a small updating.

Twitter has become a bit of an obsession and I am sure that I retweet far more than I should but I haven’t had any rude comments – so far.  I follow quite a few comedians and writers, organisations dedicated to preserving wildlife, the Green party (I promised the  young Master of Science and all things Green that I would – although I don’t follow him on principle in case I see something that a mother shouldn’t.) I also follow my wonderful cousin Ali Sparkes who writes brilliant children’s books and my friend Mark who runs a business cleaning ovens, houses and offices.

The number of people I follow – and who follow me – has increased threefold in the last couple of weeks. The bulk of my Twitter acquaintance has come about because of Jeremy Corbyn. I have also discovered the joys of muting and blocking – the Twitter equivalents of Pacman – and a satisfying way of getting rid of Twitterers who are rude, threatening or trying desperately to get other people into trouble.

As a new Labour party member, I took it upon myself to find out who the MPs were, who they represented, those that were brave enough to sign up for Twitter, and what kind of tweets they put on.

I do my best not to retweet stuff with lots of bad language; I know that tempers run high and there are times when a good swear helps but not in writing and not in a place where it can be used against you.

Fellow Twitterers that resort to personal insults get blocked (after I’ve had a sneaky peek at their profiles). Someone had a look at mine and commented that I wasn’t worth bothering with – phew!

Apologies to the nice chaps out there but most of the really aggressive and abusive Twitterers do seem to be ‘ bully boys’ of a certain age who have little else to do but make nasty comments and cause trouble. Block!

I like Jeremy Corbyn because he doesn’t do nasty. Even when faced with the most biased interviewer or Cruella de May herself, he remains calm, reasonable and polite.  People complain that he doesn’t defend himself in PMQs but this is merely because he doesn’t have to stoop to the personal insults, cackling and hectoring of Cameron, May and their supporters. The silly Labour boys and girls who join in with juvenile and disruptive behaviour fail to understand that they are making themselves look stupid. Who wants to elect an MP who behaves like a spoilt child and a bully?

The trouble is, we have become so used to politicians being arrogant, rude, insulting, lying, claiming ‘honours’ for friends, and being totally out of touch with their constituents, that when an honest man appears, a man who doesn’t wear Savile Row suits, uses public transport or rides his bike, AND is a vegetarian, we don’t know what to do.

We don’t believe him.

Politicians are not allowed to be honest and trustworthy. They are supposed to have deep dark secrets concerning the source of their wealth, their illicit affairs and their unsavoury habits. We have been overtaken by career and hereditary politicians who are looking for fame, glory and power. Especially power.

There are good politicians out there. People who have gone into politics because they want to make changes for the good. Because they want to help disabled people, disenfranchised youth, immigrants, people living below the poverty line – anyone who needs them really.

She may not have agreed with everything the leader of her party did and said, but she would not have sworn at him, accused him of persecuting her or threatened violence to him. She tried to achieve change through positive words and actions. Other MPs would do well to look back on her works and learn from them.

Aggression, violence, lies and threats solve nothing. Using them to try to harm Jeremy Corbyn is pointless; he shrugs off such behaviour like the impotent drops of poison that they are. We give people the power to hurt us and somehow, Jeremy has has the skill of diminishing that power – wherever it comes from.

I shall continue to Tweet and Retweet. I don’t know if Jeremy will win the leadership election – I really hope he does and that the Labour party pulls itself together and upholds the aims and the objectives that it so keen for the rest of us to uphold. I hope that the silly boys and girls on the back benches stop squabbling,  work for their constituents and support their leader as they should – he was democratically elected after all and the Labour party embraces democracy – doesn’t it?

The Referendum has already caused hurt and harm throughout the land – and I don’t care what the Brexiteers say – they had no idea of the devastation that a Leave vote would cause for all of us.

Now is the time for the Labour party to unify behind their leader, not indulge in petty fights and name-calling. Time to earn trust and expect nothing more than respect for good works.

It is a time to be honest, to understand the meaning of integrity.

It may not be Jeremy Corbyn who leads Labour into a General Election in 2020; there are other MPs in the wings who are not ready to lead just yet but given time…

They are the MPs that listen and learn, that fight against discrimination and prejudice, that put themselves out to combat injustice. 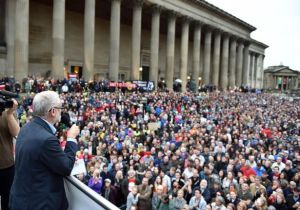