As the sun sinks down below the horizon, she picks up her bag and checks that all the contents are there.

She already knows that nothing is missing. She has a list and checks it several times as she packs her bag each day – just in case.

Her flat is small and immaculately tidy. A place for everything and everything in its place. The cutlery and crockery from her evening meal have already been washed and put back in the cupboard.

She does this every day.

As part of her routine, she looks in the mirror, making sure that her hair is brushed and that she has no lipstick on her teeth.

Not that anyone would notice if she did have lipstick on her teeth.

Her lipstick is pale. She tried a brighter colour once but her mother told her that she looked like a tart so she wiped it off quickly.

Her mother is gone now and there is no one to comment on her lipstick or how she dresses, but the spectre of her mother’s past stops her from making any changes – ever.

No one looks at her as she walks in through the staff entrance; she has become invisible to her customers and fellow workers.

She knows them all though.

She listens to their conversations but ensures that no one catches her eavesdropping. That would be against the rules. Her rules.

The rules are for her own protection. That was what her mother told her years ago when they first came to live in this tiny flat. A flat that was paradise compared to where they had been before.

They are a motley crew, her customers. Some are old and lonely, using the warmth of the place to stave off the return to a cold home. Others are young; student types with their eyes glued to their mobile phones, giggling at something they have seen and sharing it with their friends. Often they have been drinking; loud and jolly, filling the place with noise and energy.

Her colleagues are less varied. They are all younger than her, and carry out their work with a levity born of the knowledge that this job is just a stopgap; a step on the way to something so much better. Except for the manager. He is tense and angry, feeling that he deserves better than this.

Her coat and bag are put neatly inside her locker after she has extracted her uniform and laid it carefully on the wooden bench. She has two overalls and when she gets back from work each day she washes her uniform and hangs it up to dry in the tiny bathroom of her tiny flat.

Taking one last look in the mirror by the door, she smoothes down her overall and pats the pocket where she has put her keys to the staff cupboard.

The shape of the keys reassures her. A token of normality in a frightening world.

Out in the corridor, she keeps her head low as she passes the manager.

‘The disabled toilet needs cleaning and some uni kid has thrown up all over one of the tables. Get it sorted – the staff have been waiting for you to come in.’

She nods obediently as she unlocks the cupboard and takes out her work tools; the mop and bucket, disinfectant and catering size cleaning roll.

‘Waiting for her to come in?‘

No one ever waits for her to come in.

Like a spectre herself, she moves quietly round the tables, mopping up messes, clearing away the detritus of a fast food diet, not even wondering anymore how people can waste so much food when there are people starving all over the world.

The tables are clean now; the toilets too.

She surveys her work with pride although she knows that she will have to start over again in a few minutes.

As she takes her mop bucket out to empty it, a young man bumps into her as he leaves the toilet.

‘Watch where you are going old woman!’ he says as he brushes invisible dirt from his ripped jeans.

‘Sorry, so sorry.’ she whispers and then regrets opening her mouth as he looks at her with something far worse than disdain.

‘Get back to your own country you dirty Paki. We don’t want your sort here stealing our jobs.’

Hearing the sound of raised voices, the manager appears and pushes her into the kitchen whilst apologising to the youth. He offers him a free drink by way of appeasement.

On automatic pilot, she throws away the soiled cleaning roll and empties her mop bucket, wiping them out carefully before returning them to the cupboard.

As she pulls another bin liner from the roll, the manager reappears. He does not look happy.

‘How many times do I have to tell you not to wind the customers up? This is your final warning.’

He turns on his heel and goes back to the kitchen. He does not realise that the other staff laugh at him behind his back, or that he is about to be moved to another branch in a less salubrious part of town and will never get the opportunity to deliver that warning.

She knows the signs. She has seen it all before. Another day draws to an end.

As the sun rises, she takes her bag and coat out of the locker and heads home to the safety of her tiny flat again. 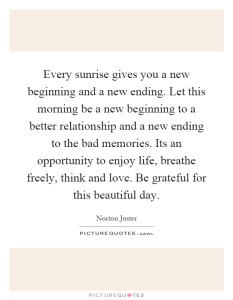