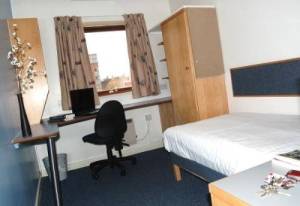 ‘I thought Millie was coming with you today.’ said  Angela as she sipped her mocha latte with two extra shots of espresso.

Selina tossed back her freshly coiffed blonde hair and flicked an imaginary speck of dust from her designer slacks. She did her best to avoid coffee fads and had a small cup of green tea cooling on the table in front of her.

‘She’s packing. She’s been packing for the past week. Every time I go into her room to talk to her she says that she’s packing.’

Angela pursed her lips. ‘Isn’t she living in halls? They don’t have that much room do they?’

Wincing as another sore point was touched, Selina concentrated her attention on her newly manicured fingernails. She had demanded that the nail technician concentrated on making her nails look as effortlessly natural as possible, and she was almost satisfied with the effect.

‘I’ve seen the university booklet and yes, the rooms are rather basic but at least she has her own en-suite. The kitchen is shared with six other students but I doubt if Millie will be doing any cooking. There is a restaurant in the same block and a laundry but I couldn’t find anything about service washes and cleaners.’

Hiding a grimace behind her coffee mug, Angela couldn’t help wondering if Millie had been totally truthful with her mother about student life.

‘Of course, I wanted her to stay home and attend Chester University. We offered to buy her a little car to make life easier but she was insistent that this was the only university that did the right course for her. It’s going to be so difficult having her living so far away.’

Selina sighed and put on the wounded mother look that she had been perfecting ever since Millie had announced her  plans for the future .

‘What is she going to be studying?’

‘Languages. Apparently this university has an excellent exchange system where she can spend her final year in France or Germany. Not quite the finishing school I would have liked for her but I understand that she could make some impressive contacts for her future career.’

‘Remind me – what does she want to do when she leaves uni?’

‘When she graduates from university Millie is looking to join Michael’s firm – her natural aptitude for languages will make her a valuable asset. Of course the other option was for her to go straight into working at the firm but Michael felt that she could do with getting more qualifications first.’

The expression on Selina’s face led Angela to believe that the decisions about Millie’s future had not been made as calmly as indicated. Angela liked Selina’s husband Michael. He was an easy-going chap who smiled at Selina’s excesses, ran a large and efficient export business, and spent much of his time travelling abroad.

‘When does Millie start? Won’t you be lonely without her?’

‘We are driving up on Saturday.’ Selina sighed and examined her nails again. ‘I wanted to go on Sunday but Millie says she needs time to settle in before lectures start. Why you should want to settle in to a student bedsit when you have a perfectly beautiful suite of rooms at home, I have no idea. I wouldn’t say that Millie is an ungrateful child but I do wonder sometimes if she really appreciates all that Michael and I do for her.’

The packing excuse had worn thin and Millie knew that there was a limit to how many times she could back and repack her designer suitcases. There was an unopened box from Harrods that contained pillows, two duvets,  Egyptian cotton bedding and towels that Millie’s mother had assured her were a beautiful shade of cornflower and very soft. Millie hadn’t bothered to look in the box. She would far rather have gone to Asda or Tesco to get her bedding like the rest of the first year students. Another box contained cooking utensils, pans and crockery. Her father had intervened when Selina had been looking at bone china and Le Creuset. Unlike Selina, he had attended university and was far more practical in his outlook.

Millie loved her father. He understood her and did what he could to protect her from Selina’s extravagance.

‘She does love you sweetheart, she just doesn’t understand why you don’t have the same tastes as her.’

Millie had pulled a face. It was bad enough having your clothes bought for you, but Selina’s taste ran to expensive, elegant clothes that were more suited to a middle-aged woman than an eighteen-year old girl. Unbeknownst to Selina, Millie had been clothes shopping courtesy of a generous allowance from her father, and had arranged for her best friend Julia to put the more appropriate clothing in with her own clothes.

Michael had met Julia and thoroughly approved of her as a friend who could share freedom with his only child. He had to pull a few strings in order to get them in the same flat, and as he explained to Millie, it was a question of just not telling Selina things rather than blatantly lying about what was happening.

‘What her eye doesn’t see, her mind won’t grieve over.’ One of Michael’s oft-quoted maxims and one which defined the smooth-running of his relationship with his wife.

In order to accommodate Millie’s luggage, as well as Selina’s essentials, Michael had borrowed one of the Range Rovers from work. Selina would rather have arrived in the Rolls, but had to acknowledge that it didn’t have the required storage space. She sat, rather uncomfortably in the passenger seat, whilst Millie sat behind her, in a position to exchange swift grins with her father but protected from her mother’s endless questions by earphones and feigned sleep.

Julia had been texting her all morning, having arrived early and already unpacked. It had been agreed that Millie would let Julia know once Selina had finally left the building. It was so difficult trying to keep her excitement in but Millie had learned over her eighteen years that expressing anything other than mild interest in anything, was guaranteed to get Selina’s hackles up in opposition.

The complaints began as soon as they arrived on campus. Selina peered out of the window and disapproved of the proximity of the student bar. The halls looked rather drab and ordinary. Why wasn’t the car park closer to the entrance? Did they really have to carry Millie’s luggage up two flights of stairs and go through three security doors to get to her flat? Was there no porter to do this? Or at least a lift!

Millie and Michael stayed silent and carried the luggage upstairs whilst Selina appropriated her daughter’s only (and very inferior) office chair and sniffed at the recently bleached en-suite shower room. Refusing her mother’s offer to unpack for her, Millie looked around the little room and exchanged another covert smile with her father.

‘Let’s leave Millie to it darling, there’s a nice little restaurant I’d like to take you to but it will take us a good hour to get there.’

Torn between wanting to continue dominance over her daughter, and the desire to be taken out for a meal by her adoring husband, Selina acquiesced gracefully and after bestowing a vaguely maternal hug, went off to wait in the car.

Michael gave his daughter a much warmer hug; he was going to miss her.

‘I’ve set up a shopping account for you sweetheart, and topped up your allowance. Let me know if you need anything. If you can manage to phone your mother tomorrow, my life will be much calmer.’

‘I know Daddy. I won’t go mad but I may need to buy some ordinary stuff for the kitchen – and maybe bedding – but that can wait till tomorrow.’

‘Buy what you need and donate the other stuff to charity. I can’t see your mother wanting to spend much time in your room or the kitchen. Next time we visit she will undoubtedly want to take you out for a meal – or to shop!’

‘God forbid! Julia says we can trade in some of my clothes at the uni charity shop. Was Mum always like this Daddy?’

Michael felt that it was time to tell a few hidden truths; he hoped that Millie would understand and not judge her mother too harshly. He sat down next to her on the unmade bed.

‘Your Mum isn’t like other people. I knew that when I met her, and I knew that I would have a hard time explaining to you one day. We’ve always been honest with you about the fact that Mum and I couldn’t have children so we adopted you.’

Millie nodded. Not possessing her mother’s genes had never really been an issue.

‘Your mother – came from a different place. She had to learn how to speak, act and dress from books and magazines – quite expensive and high class magazines.’

‘Well that explains quite a few things, but where did she come from Dad?’

‘I don’t really know. I found her wandering on a beach in New Zealand when I was on a business trip. She seemed so vulnerable – and lovely. She had no paperwork, communicated through sign language, just had the clothes she stood up in. I’m afraid that I am responsible for the way she is. I pulled a few strings, got her a passport and brought her back to England. Your Aunt Jane took care of her and that’s where she lived for six months – in a cottage out in the country, reading endless copies of the Tatler and Agatha Christie novels. She learned very quickly, I fell in love with her and we married. You know the rest.’

‘That doesn’t explain about where she really came from though Dad?’

Hastened to his feet by the sound of Selina tooting the car horn, Michael kissed Millie on the top of her head.

‘She isn’t of our world sweetheart. She comes from another planet.’ 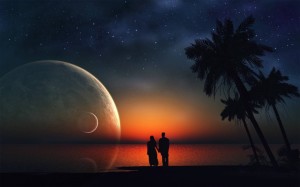